Our vision is to lead the way in fall prevention and other healthy ageing initiatives by harnessing expert knowledge and being collaborative in all we do.

We work closely with researchers, policy makers, health practitioners and community service providers in the development and promotion of healthy ageing services and programs with a focus on preventing falls and fall-related injury.

Our purpose is to support practitioners to improve the lives of older Australians through healthy ageing initiatives with a focus on preventing falls and fall-related injuries.

The NSW Fall Prevention and Healthy Ageing Network acknowledges Aboriginal peoples as the traditional custodians of Country and their ongoing connections to land, sea and community.

We pay our respect to their Elders past and present.

The NSW Falls Prevention Network held its first meeting in 1993, an initiative led by Geriatrician Dr John Ward and Fall Prevention Researcher Dr Stephen Lord. The Network’s initial goal was to bring together health promotion officers and clinicians working in fall prevention programs for older people across the state to review fall research and consider implications for practice.

One of the Network’s first projects was to standardise Home Safety Checklists to avoid people “reinventing the wheel”, a project that was consistent with what became its prime focus, i.e. to share research evidence, knowledge, expertise and resources on fall prevention for older people.

Since its inception, the Network has grown and includes wide representation from health clinicians, community service providers, residential aged care and researchers from NSW, other states and territories and internationally. The Network has held an annual forum every year and in the past 10 years has expanded its dissemination role with the addition or rural forums, webinars, virtual meetings, a listserve, research updates, newsletters and social media posts.

In 2004 the Network received funding from NSW Health to employ a Project Officer, with initial management from Northern Sydney Area Health Service and through an EOI process from 2006, NeuRA has managed the Network. Esther Vance ably filled the project officer position from this time until 2019. In 2018 the Network funding was allocated to the Clinical Excellence Commission and the Network has continued under contract and with increased funding in 2019 has expanded its focus to also encompass healthy ageing. Two project officers (Cameron Hicks and Natassia Smith) have been appointed to cover fall prevention and healthy ageing initiatives, including a new focus on educational programs and courses. 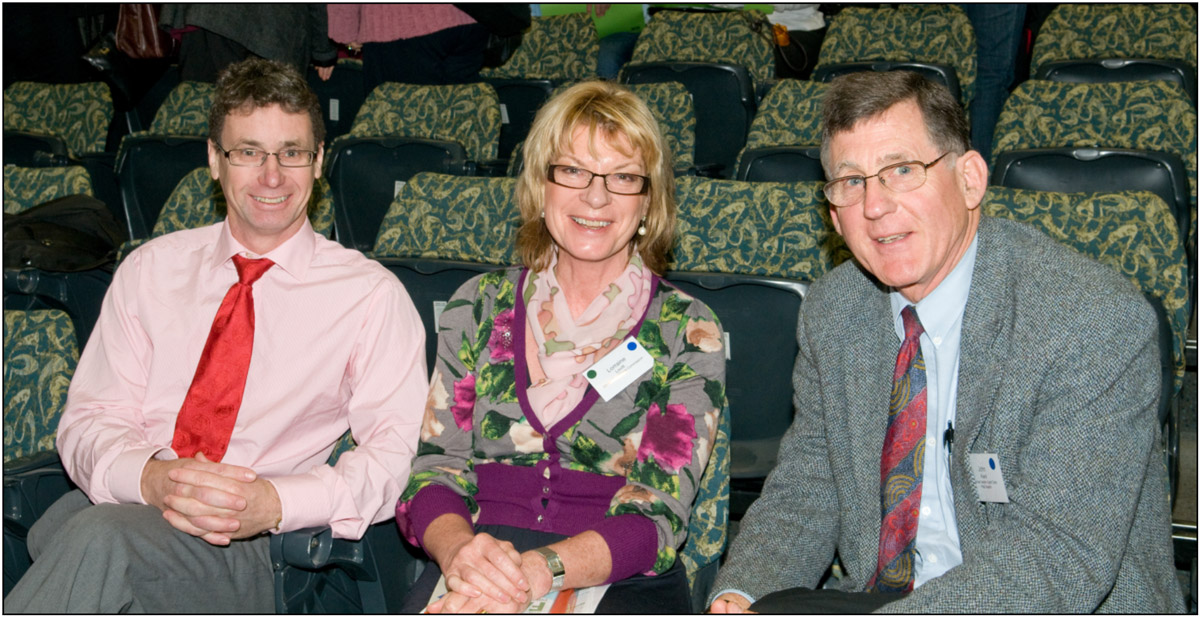 The evolution of our logos